What is Emotional Freedom Technique?

Although it’s hit business news sites and blogs in recent year, the Emotional Freedom Technique, or EFT, has been around for quite some time used by therapists, psychologist and coaches.

The technique itself is simple: following instructional videos that can be found online, a person first thinks about something that they find stressful, for example, their bills, a past trauma, public speaking or asking their boss for a raise. Next, they simple use their fingertips to lightly tap on about 8 acupuncture points on while stating aloud the thoughts and feelings that arise.

Use of tapping the acupuncture points caused the technique to become known simply as tapping by many users.

Today, the process is interchangeably referred to as Emotional Freedom Technique, EFT tapping, EFT, or tapping.

How Does Tapping Work?

EFT is based on the same premises as acupuncture, though there are no needles involved. The point of acupuncture is to stimulate certain nerves or areas of the body that are proven to impact other areas or states; tapping serves a similar purpose.

It has been shown to “switch off” the fight or flight response within minutes, reducing the feelings and sensations of fear, anxiety or even anger that commonly arise when a person thinks about something stressful or upsetting. At the same time, one would also vocalize any thoughts, feelings or memories that appear during the process.

This effect is seen most dramatically in with Veterans suffering with PTSD where tapping has been adopted by many VA treatment centers because of its exceptional results.

Unlike acupuncture or acupressure, which are usually used to treat physical ailments, tapping is aimed at emotional healing at the nervous system level.

Since even the medical field agrees that 80% of all illness has a stress related component, and tapping reduces the stress response, tapping has brought about a comprehensive increase in health and performance for some individuals.

The primary goal of tapping is to free yourself of the unwanted negative emotions thoughts and “fight or flight response” that arise and stop you anywhere in your life.

We can all relate to fears and/or our “inner critic” stopping us from new experiences, deeper relationships or from achieving our true potential. When we use tapping to release, at a mind/body level, habitual fear, anger, frustration, self-doubt and even feeling unworthy, we truly become free to do more, live more, love more.

In the business world, this “emotional freedom” leaves you more open to possibility, confident and energized to approach both big audacious goals and problems with clarity.

Because without the surge of fear, uncertainty and self-doubt to stop us in our tracks, make us pull back, sabotage or procrastinate, we are all capable of greatness.

If you’re unfamiliar with tapping or similar techniques such as acupuncture, the entire process may seem strange, silly or unrealistic.

However, with prestigious organizations, like the American Psychological Association, endorsing the legitimacy of EFT along with prominent MD’s, psychiatrists and even neurologists, embracing the technique, it’s not surprising that science has examined tapping claims.

17 studies have been published from 2008 to 2013 of various EFT processes, confirming positive results from the process.

Wondering what EFT is all about? 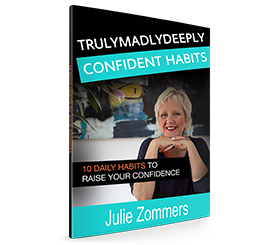